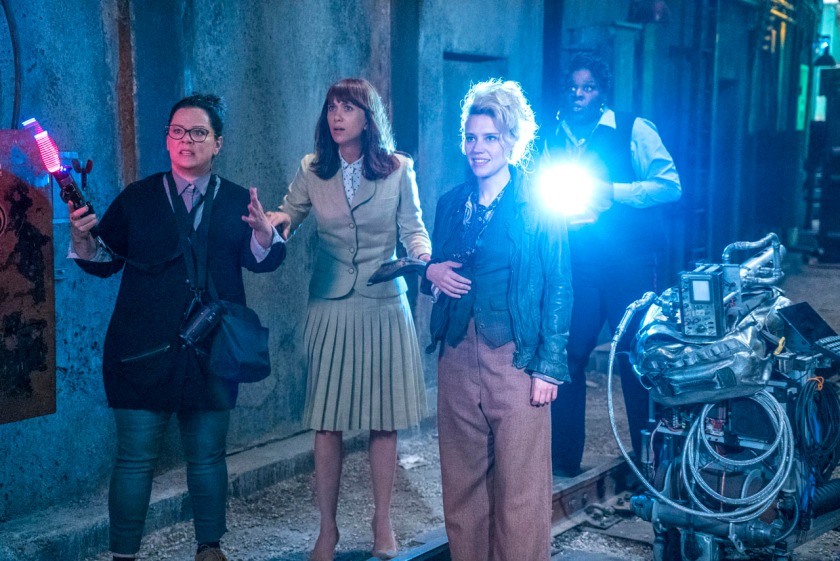 Sony Pictures‘ Ghostbusters debuted in second place with an estimated $46 million from 3,963 theaters, an average of $11,607 per location. Made for about $144 million, the Paul Feig-directed film received a B+ CinemaScore from audiences. 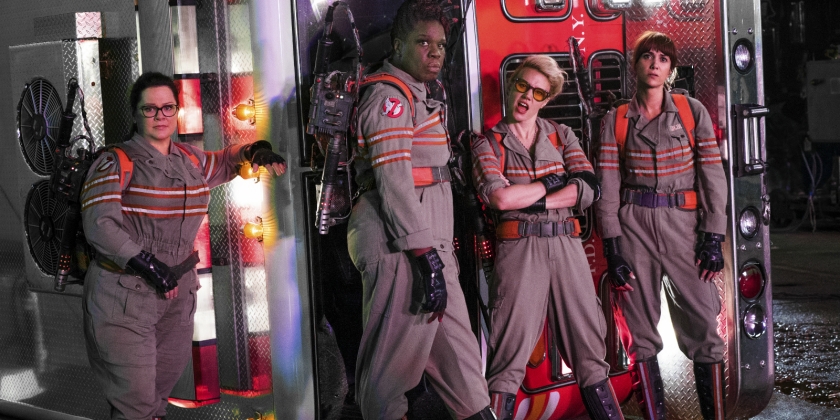 Paul Feig’s Ghostbusters is reasonably successful in spirit, but fails to capture the brilliance of the 1984 classic.

The cynicism of cinemagoers has never been felt so strongly as in the run-up to the release of Paul Feig’s Ghostbusters reboot. Millions of internet users criticising the film’s less-than-stellar marketing campaign and the casting of four women in lead roles has drawn more than a fair share of negative attention to a film that is- after all- a comedy about ghosts. We explore this new attempt at giving life to an 80s classic with its director and stars Melissa McCarthy and Kristen Wiig.

The new film sees Kristen Wiig and Melissa McCarthy as scientists Erin Gilbert and Abby Yates, respectively. Gilbert is a particle physicist while Yates, Gilbert’s close friend, is an expert in the paranormal. As ghost sightings ramp up, they team with Kate McKinnon‘s Jillian Holtzmann, a nuclear engineer who winds up creating the team’s tech. Leslie Jones‘ Patty Tolan, then, is the team’s everyman character who winds up playing an important role connected to an early supernatural encounter.

Melissa McCarthy, Kristen Wiig, Kate McKinnon and Leslie Jones will play the four main ‘busters in the film with Chris Hemsworth also starring as their trusty secretary. The film is also set feature Andy Garcia as the Mayor of New York City, Michael K. Williams as a character named “Hawkins,” Matt Walsh as a character named “Rourke” and Neil Casey as the film’s villain. New York City’s NY1 news anchor Pat Kiernan is also set to appear as news anchor in the film. The film is targeting a July 22, 2016 release.

TheWrap is reporting that Andy Garcia (Ocean’s Eleven, The Godfather Part III) and Michael K. Williams (“Boardwalk Empire,” Inherent Vice) have been added to the Ghostbusters cast. The Sony Pictures release is currently shooting in Boston.

Paul Feig’s upcoming Ghostbusters has just added Chris Hemsworth to its cast! Feig himselfrevealed the news via Twitter, confirming that the Thor star will play the team’s receptionist. He joins a cast that includes Kristen Wiig, Melissa McCarthy, Leslie Jones and Kate McKinnon as the Ghostbusters team.