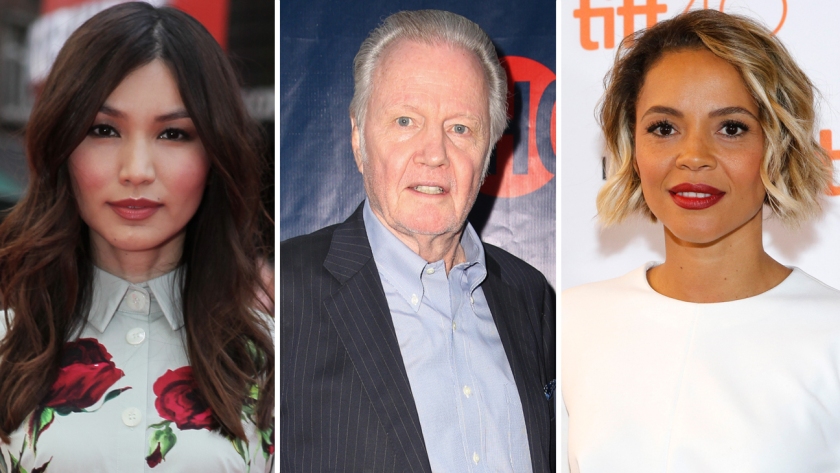 With the Harry Potter spinoff already in production, The Hollywood Reporter today brings word that three more stars have joined the cast of  Fantastic Beasts and Where to Find Them. Although no character information has been revealed, the new cast additions include Academy Award Winner Jon Voight (Coming Home, “Ray Donovan”), Carmen Ejogo (Selma, The Purge: Anarchy) and Gemma Chan (Jack Ryan: Shadow Recruit, Submarine).

Fantastic Beasts and Where to Find Them is already set to star Eddie Redmayne, Katherine Waterston, Alison Sudol, Ezra Miller, Dan Fogler, Colin Farrell, Jenn Murray and newcomer Faith Wood-Blagrove. The David Yates-directed film follows Newt Scamander (Redmayne), the Wizarding World’s preeminent magizoologist, who in his travels has encountered and documented a myriad of magical creatures, ultimately leading to his penning the Hogwarts School textbook “Fantastic Beasts and Where to Find Them.”

Fantastic Beasts and Where to Find Them is being produced by David Heyman, producer of all eight of the blockbuster Harry Potter features; J.K. Rowling; Steve Kloves, who scripted all but one of the Harry Potter films; and Lionel Wigram, who served as an executive producer on the last four installments of the franchise. Rowling herself is supplying the screenplay.

Warner Bros. Pictures has the first Fantastic Beasts and Where to Find Them set for a worldwide release in 3D and IMAX on November 18, 2016.