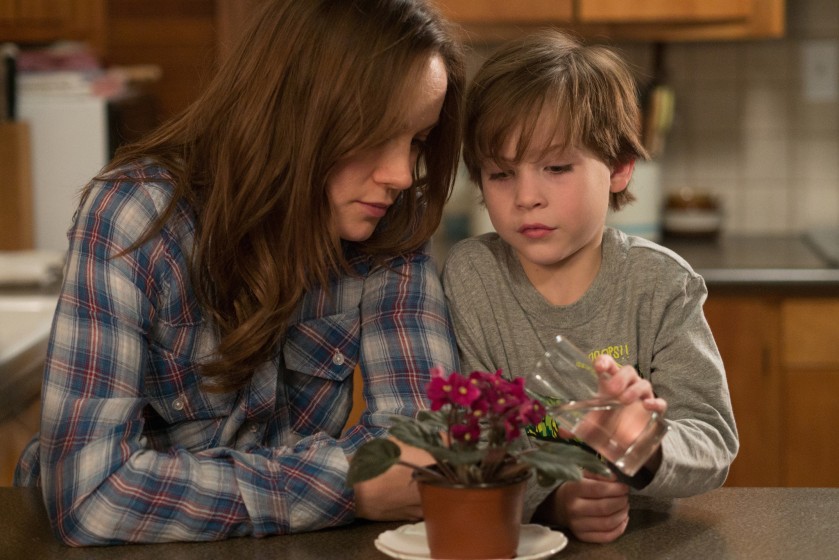 Lenny Abrahamson’s unique eye for the tragic guides marvellous performances from Brie Larson and Jacob Tremblay in this unforgettable drama.

Lenny Abrahamson’s Frank was the most emotionally complex, haunting films of 2014, so it seems appropriate that his follow-up feature is one of the most emotionally complex and haunting films not only of 2015, but of the decade. Room is adapted by Irish author Emma Donoghue from her own novel, and tells the story of a a young mother and son imprisoned in a small garden shed by captor “Old Nick”. Brie Larson and newcomer Jacob Tremblay, as Joy and Jack, give two immensely powerful performances, commanding the screen for 2 hours with a combination of quiet desperation and awe.

The film is claustrophobic in more ways than expected, showing the imprisonment that the outside world can inflict just as heavily as that of a small square room. Without Tremblay’s energy and naive inquisitiveness, this could be a deeply depressing study in pessimism, but even in the tragic final moments there is a glimmer of childish life that binds and guides Donoghue’s multi-layered story.

A rat, a window, some shoddily-displayed Dora The Explorer artwork: every inch of space in the Room of the title is used to convey grand details of Joy and Jack’s story without overuse of expository dialogue (though an intermittent voiceover from Jack, likely carried over from the novel, disrupts the tone on occasion). Abrahamson’s eye for the tragic and cruel is apparent, and is the primary key to Room‘s success. The sense of space and physicality depicted onscreen is astoundingly affecting, but it is the internal battles of love and pain experienced by the psychologically-imprisoned characters that are the most moving. The Room of Room is a vile place, but- in the single most intense scene of any film this year, as Jack attempts escape- you may not actually want to leave.