Part 2s sure do get a bad wrap. Harry Potter and the Deathly Hallows proved that splitting a book adaptation into two separate films could be successful (in terms of quality and finance), but The Twilight Saga: Breaking Dawn soon showed the other face of the concept. The gimmick has become a phenomenon that is much-criticised and mocked, and Mockingjay Part 2– the second half of the last film in the Hunger Games series- isn’t likely to change people’s minds that Deathly Hallows‘ excellence wasn’t a mere fluke.

Francis Lawrence, since grabbing the reigns of the Games franchise from unambitious original director Gary Ross, has done a tremendous and admirable job of producing three fully-formed, highly entertaining blockbusters in three years. Catching Fire is as thrilling and thematically substantive as contemporary teenage cinema gets, while Mockingjay Part 1 is a smart and stylish political drama in the guise of a young adult adventure. Does Lawrence’s final Games equal the quiet brilliance of its predecessors? It does not. Mockingjay Part 2 is the least fulfilling of the franchise by far, with moments of great writing and acting less abundant than in previous instalments, but present nonetheless and often startlingly powerful. These are blockbusters for the 21st century, and Mockingjay Part 2 is a film for 2015. Every moment of political insight is hauntingly reminiscent of recent real-world events. Panem is, after all, a metaphor. The Hunger Games themselves the embodiment of the horror society faces when it throws reality television and violent warfare into a pit together. Whether the films’ ability to remain engaging in years to come will be affected by their topicality is unclear, but the importance of today’s socially and politically disillusioned youth seeing and being affected by the depiction of Katniss Everdeen’s journey is immeasurable. 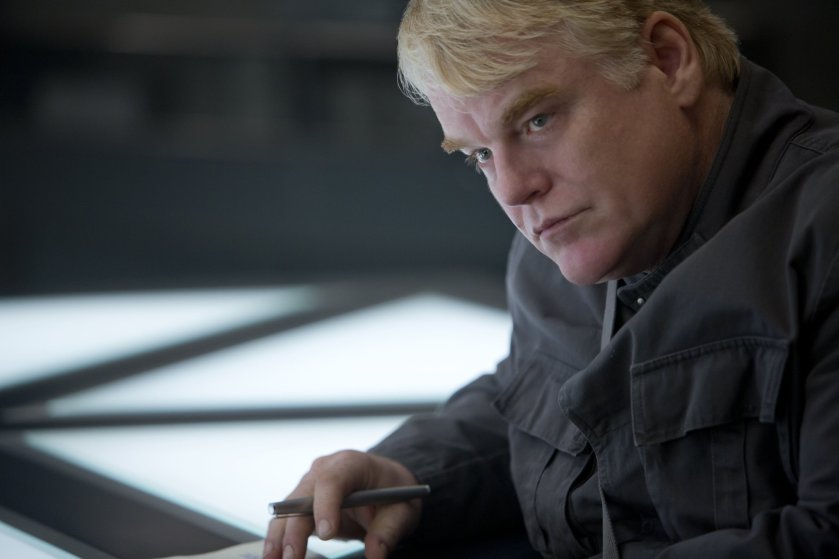 Distracting from the “Key Issues” in MJ2 is the conclusion of the quasi-love triangle that has emerged between Katniss (Jennifer Lawrence), Peeta (Josh Hutcherson) and Gale (Liam Hemsworth) over three films. Nothing could be less appropriate. Katniss has emerged as one of the few female lead characters in recent memory who could easily have exited the four films with not a suitor to her name, without losing any of her femininity nor strength, and Peeta and Gale’s subtle bantering (this is, after all, no Twilight) over who will win her affections is tonally inconsistent to the point of becoming a nuisance. Hemsworth’s casting in this franchise was a dire mistake: he’s dull, his best characteristic is his reasonable resemblance to superiorly talented brother Chris and he brings nothing to the already uninteresting character of Gale. Gale should, in hindsight, have been cut from the films altogether, allowing more emphasis to fall on the seemingly unavoidable Katniss/Peeta story and giving her more room to breath as an Independent Woman in MJ1, where Gale acted as her “apparently essential male companion” for much of the action. Hutcherson has considerable talent and charisma, and his opportunity to portray Peeta at various stages of schizophrenia over the past two films has provided a showcase of his ability for intensity. Lawrence is, as always, far more likeable as Katniss than she has ever been in another role. She exudes passion and rage. She is complex and she is, at her centre, broken. Katniss is a more tragic heroine than the film’s “Crash Bang Superheroics!”-themed marketing campaign would suggest, spending the majority of her scenes in some state of melancholy or distress. Don’t be fooled: this makes for a significantly more interesting two hours of cinema than the non-stop thrill-ride Lionsgate would have you believe they are selling. Katniss never dons the flashy red suit from the poster, because- like the filmmakers of the Hunger Games franchise- the propaganda producers in the film understand the concept of restraint.

The quality of Lawrence’s performance throughout this series has benefited greatly from her interactions with the spectacular supporting cast of veteran character actors, but this group take a back seat for much of MJ2. Woody Harrelson and Elizabeth Banks feature in but 4 or 5 scenes between them, Stanley Tucci appears only on a TV monitor, Julianne Moore is absent for the primary adventure- in the background plotting, it seems, and the late Philip Seymour Hoffman- though strongly present in the opening act- slowly begins to fade from the proceedings as scenes shot posthumously arrive on the screen. His absence is noticeable, as it should be, but his character’s lack of previous development (and set-in-stone fate from the source material) doesn’t allow for a fictional tribute of the kind Paul Walker received in this year’s Furious 7.

Mockingjay Part 2 is hard to critically summarise. It’s incomplete; a film that nobody could invest in without having witnessed previous chapters. Should one judge a portion of a larger work on what merits it may possess? Maybe not, but sometimes one simply must. Mockingjay Part 2 is, itself, no classic, but The Hunger Games is at large something special. Perhaps it shan’t outlive its shelf life as a franchise, but there are few blockbuster franchises as consistently flawless- if occasionally unremarkable- and successful in conveying strong and important themes in an accessible format. We picked the right odds.