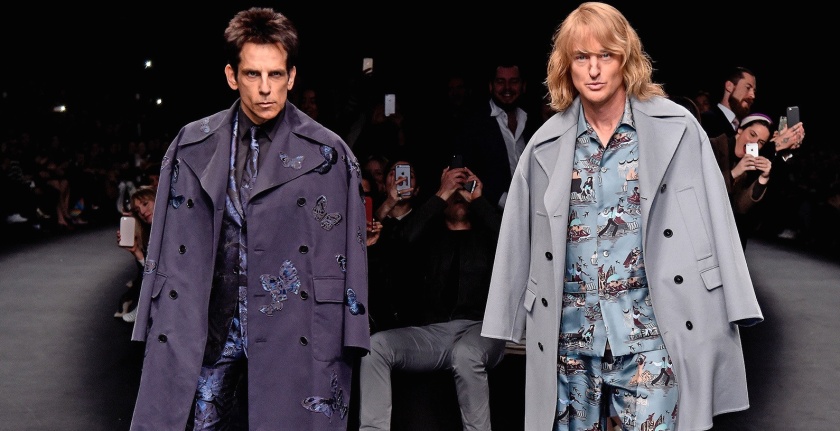 Currently playing in theaters with Mission: Impossible – Rogue Nation, Paramount Pictures has brought online the Zoolander 2 trailer. Or is it 2oolander? Zoolander II?

“It’s ten years later and most of it is set in Europe,” Stiller previously said of the script. “It’s basically Derek and Hansel ten years later – though the last movie ended on a happy note a lot of things have happened in the meantime. Their lives have changed and they’re not really relevant anymore. It’s a new world for them.”

Zoolander 2 was filmed for 12 weeks in Rome in and around the famed Cinecittà Studios. The first Zoolander was released on September 28, 2001 by Paramount Pictures and earned $60.8 million worldwide on a $28 million budget.