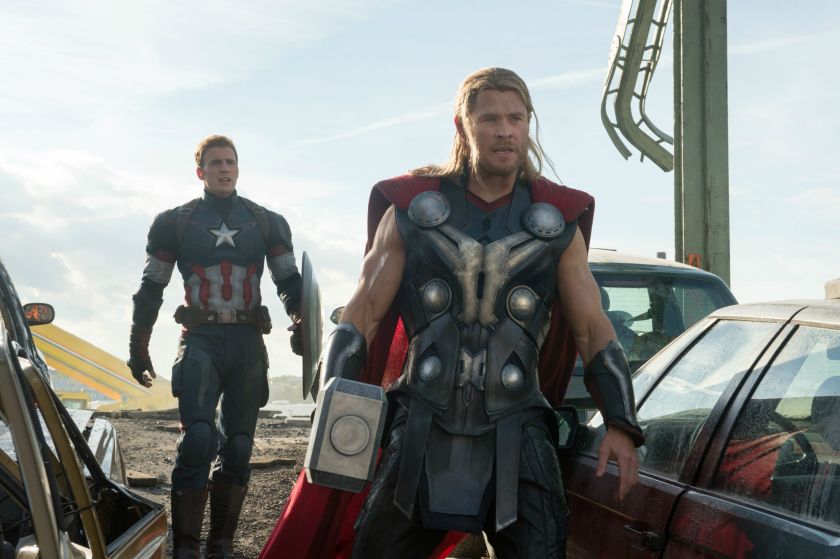 Source: Avengers: Age of Ultron Has the Second-Largest Domestic Opening Ever (ComingSoon.net)

That is significantly lower than the early weekend projections that were suggesting that the official summer kick-off blockbuster could open with between $210 and 220 million. Although it opened lower than the previous installment, it still ended up with more than Iron Man 3‘s $175 million opening, so it can claim the second-biggest opening weekend in North America. .

Internationally, Age of Ultron added another $168 million in 71% of its overseas territories to bring its international total to $439 million, with a $627 million global gross in just 12 days.

The movie is another significant hit for the IMAX Corporation following Furious 7 as they had their first ever $30 million weekend between the two movies with Age of Ultron accounting for $25.2 million on global IMAX screens and Furious 7 doing another $5 million in China and Japan (where Age of Ultron has yet to open). Domestic IMAX theaters accounted for $18 million of that amount on 364 screens with another $7.2 million on 221 IMAX screens in 50 territories. That weekend IMAX gross for Age of Ultron tops the previous global IMAX record (not including China) that was held by The Dark Knight Rises with $23.8 million.

The abundance of other entertainment choices on Saturday had an effect on all the other movies as well, although less so for Blake Lively’s period drama The Age of Adaline (Summit/Lionsgate), which moved up to second place with $6.3 million, which was still down 52% from its opening weekend. It has grossed $23.4 million so far.

The domestic release of Avengers: Age of Ultron had a significant impact on April’s dominant release, Universal Pictures’ Furious 7–as presumably did the Mayweather-Pacquiao fight and NBA Playoffs–as it took a 66% plunge to $6.1 million in its fifth weekend to take third place. Either way, it’s already grossed $330.5 million domestically and even with the release of Avengers: Age of Ultron, the movie continues to do gangbusters overseas where it added another $52.8 million to bring its international total to just under $1.1 billion.

Blumhouse Pictures’ latest horror flick, Unfriended (Universal), took another tumble in its second weekend, down 68% with $2 million grossed over the weekend to bring its domestic total to $28.5 million. Overseas, it has earned another $3.8 million.

A nice surprise for the weekend was seeing Disney’s Cinderella back in the Top 10 in sixth place with $2.4 million, down just 15% from last weekend without a significant expansion. Obviously, this is the movie that acted as perfect counterprogramming both to Disney’s Avengers sequel but also to all the sports options. It has grossed $193 million domestically and $300.6 million overseas for a global total of $494 million.

The Nicholas Sparks adaptation The Longest Ride (20th Century Fox) took ninth place with $1.7 million (down 60%) with a total gross of $33.2 million in four weeks.

The Helen Mirren-Ryan Reynolds drama Woman in Gold (The Weinstein Company) took tenth place for a second weekend in a row with just below $1.7 million and $24.6 million total.

As far as limited releases, the Thomas Hardy period drama Far from the Madding Crowd (Fox Searchlight), starring Carey Mulligan, Michael Sheen, Matthias Schoenaerts, Tom Sturridge and Juno Temple, opened in ten theaters where it grossed an estimated $172,000, or $17,200 per theater.  It will expand into more cities on Friday.