On Tuesday night, the Academy of Motion Picture Arts and Sciences’ Board of Governors voted to rescind the Original Song nomination for Alone Yet Not Alone (music by Bruce Broughton and lyric by Dennis Spiegel). The decision was prompted by the discovery that Broughton, a former Governor and current Music Branch executive committee member, had e-mailed members of the branch to make them aware of his submission during the nominations voting period.

Fans of 2012’s sleeper comedy hit Pitch Perfect should be doubly excited by today’s news (via The Hollywood Reporter) that not only is the sequel moving forward, but that the first film’s producer and star Elizabeth Banks is going to use Pitch Perfect 2 to mark her debut as a director!

Paramount made waves earlier this month when they announced that they would no longer release movies on film, becoming the first major studio to go all-digital. Except, it turns out, they’re not quite going all-digital. The company still plans to make rare exceptions for select pictures, including Christopher Nolan‘s Interstellar. 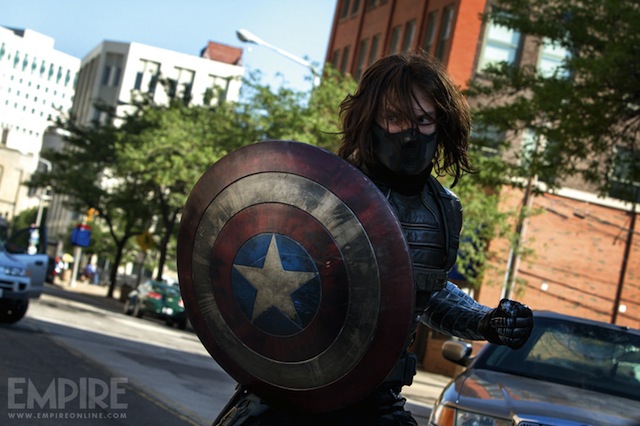 Variety is reporting that Marvel is so pleased with their next film, Captain America: The Winter Soldier, that they’ve begun courting co-directors Anthony and Joe Russo to come back to the helm a third “Captain America” film.